Google Reviews Turned Back on for Doctors 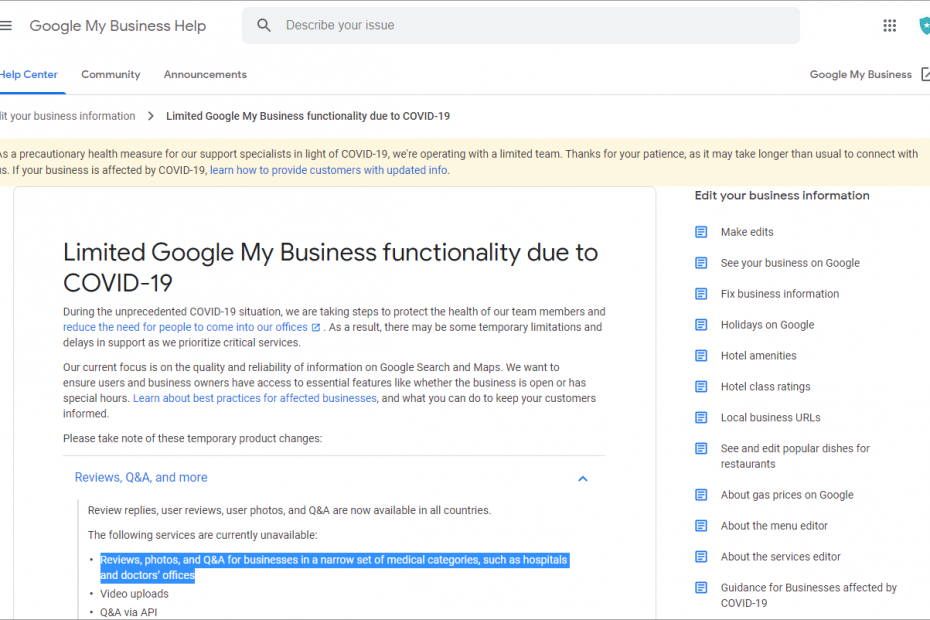 June 30, 2020 – Until last week, healthcare providers across the country were experiencing limited Google My Business (GMB) functionality due to COVID-19, including no new Google Reviews since March 2020.

BACKGROUND – Toward the end of March, Google temporarily turned off Google Reviews for all local businesses. As a result, patients could no longer leave a Google Review for a doctor, clinic or hospital.

Toward the end of April, Google slowly began allowing consumers to leave Google Reviews for local businesses, including healthcare providers, but the publishing of those reviews was delayed (meaning that no new ratings and reviews were being automatically added to any Google My Business listings).

Toward the end of May, Google began publishing “delayed” reviews across many industries, but Google Reviews captured after mid-March continued to be “delayed” for most healthcare providers.

Google is known for employing humans to research content and websites that rank high on YMYL (“Your Money Your Life”).  YMYL content is information that could directly impact a person’s financial stability, health or safety.  As a result, there was a lot of uncertainty and speculation regarding the fate of Google Reviews left during the COVID-19 pandemic, especially for healthcare providers.

UPDATE – As of last week, it appears that Google My Business functionality has mostly returned to normal, including healthcare reviews for doctors, clinics and hospitals. Google has removed a warning stating that “Reviews for businesses in a narrow set of medical categories, such as hospitals and doctors’ offices … are currently unavailable“.

Many healthcare reviews left since mid-March appear to have now been published. This is great news for healthcare providers who use Ratings.MD to enable every patient they see to leave a Google Review after their visit.

However, patients who leave a brand new Google review may still see the following warning message informing them that, “Your contribution may be delayed at this time“.

UPDATE – The new Google Review mentioned above is now live on the doctor’s Google My Business listing as of July 2nd.  It only took 2 business days for it to be published and added to the doctor’s GMB listing.

Learn how Ratings.MD can help you take control of your online reputation.
Request a Demo